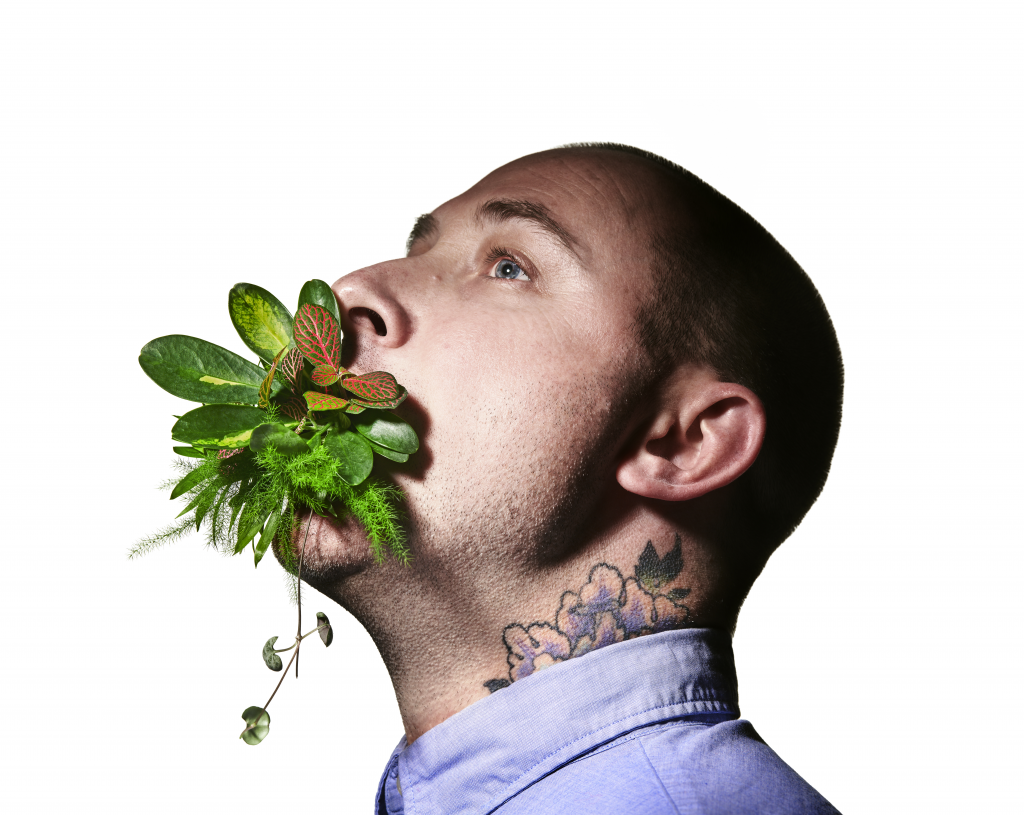 Jesse Goldfarb, a.k.a. Teeny Tiny Terra, came by his love of plants after becoming a father. Channeling his newfound paternal instincts, Jesse nurtured his wife’s neglected plants, restoring their vitality. His passion evolved from an obsession with bonsai into the adventurous world of terrariums after building a tiny plant world for his daughter’s little bunny figurine. It was so much fun that he built world after terrarium world. People began noticing and commissioning Jesse to create custom worlds as gifts. From planting a flag atop the mountain for retiring executives to recreating days frolicking on the beach between friends, the world of terrariums was exploding. Jesse now has the pleasure of teaching, speaking, playing, and dreaming about plants. He currently lives in Toronto with his kiddos, wife, and 50+ plants.